Title: no turning back
Author: turquoisetumult
Rating: PG-13 (for some cursing)
Word Count: 1642
Characters/Pairings: Sherlock/Irene
Genre: Romance/general.
Disclaimer: I don't own Sherlock or its characters, in any incarnation.
Prompt: Epsilon set
Summary: No, I didn’t choose…
50 prompts for Sherlock and Irene inside and outside of canon. 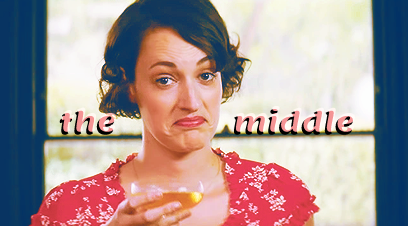 Title: The Middle
Fandom: Fleabag
Song: The Middle | Artist: Jimmy Eat World / Cover by Kina Grannis
Category: character study
Characters/Pairings: Fleabag and her various relationships
Length: ~2:15
Summary:You're in the middle of the ride. Everything, everything will be all right. // Or Fleabag's path to self-acceptance. 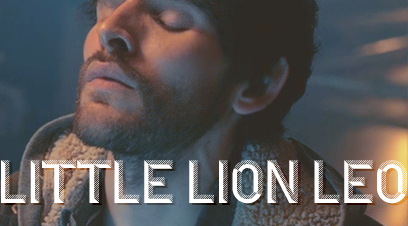 He tries; but he doesn't know who he is and what he's supposed to do. So, inevitably, he just ends mucking things up. / A Leo Elster character study.

A/N i: Thanks so much to Zoe and Teresa for being my betas!
A/N ii: I had started this video last summer and it took Festivids to kick me into finishing it. Thank you, kuwdora, for requesting a Humans vid!
I miss this show and this character!

Title: the opposite of love is indifference
Author: turquoisetumult
Rating: PG-13 (for some cursing)
Word Count: 1599
Characters/Pairings: James/Alyssa
Genre: Romance? Angst? Fluff? General.
Disclaimer: I don't own The End of the F***ing World or its characters.
Prompt: The Five Senses

Warmth – It’s not until later when she realizes that it wasn’t her dad’s worn leather jacket that comforted her that first night of their travels, but the warmth of James’s body pressed up against her back as he stroked his fingers over her arm.

Title: my boy builds coffins
Author: turquoisetumult
Rating: PG-13 (for cursing; suicide ideation)
Word Count: 1642
Characters/Pairings: Arthur Shelby, Tommy Shelby
Genre: Angst, Hurt/Comfort, Character studies?
Disclaimer: I don't own Peaky Blinders or its characters.
Prompt: Written for: Peaky Blinders Exchange Round Two: Season 5 Edition
Summary:
for better or worse...
---
As you inhale deeply, forcing the oxygen back in you, you don’t know whether to laugh or cry when you realize Tommy took his own advice from all those years ago. (Your neck suddenly tight now, an invisible noose of paralyzing fear and worry around you.)Tommy had used a gun.
---
Tommy's at an all-time low. Arthur finds him at the end of S5 and gets to play the role of big brother.
( Collapse )

Following orders gave him purpose and he tracked Tommy to the ends of the earth, with a trail of blood (and bullets, and ashes, and, even, chipped teeth) behind him.

But right now, Tommy can give no orders. He imagines he can barely see straight, eyes glaring into Arthur’s, trying to gauge the situation. Arthur’s hands grip the short hairs of the back of Tommy’s head.

A brief look at Arthur taking charge of the situation when they discover Charlie is taken. (Episode 3x06)

-It just always intrigued me how Arthur totally took control of the Charlie kidnapping situation when the show made such a point of saying how even though he was the eldest, he WASN'T the leader of the Peaky Blinders. Wanted to explore that scene some more.

-Also, it was a chance at writing vulnerable Tommy, which is so rarely seen, that I wasn't going to pass it up.

Title: still, with eyes meeting
Author: turquoisetumult
Rating: R (for mild sexual content; cursing)
Word Count: 3,381
Characters/Pairings: Tommy Shelby, Grace Burgess, Tommy/Grace, Charlie Shelby
Genre: Angst, Romance, Character studies?
Disclaimer: I don't own Peaky Blinders or its characters.
Prompt: Written for: By Order of the Peaky Blinders Fic Exchange 2019 on Ao3
Summary: Tommy was being literal when he said Grace was by his side. / OR: canon moments in series 3 and 4, where Grace visits Tommy.

In his groggy state, it takes Tommy a moment to register the grubby hand of his toddler thumping uncontrollably on his bare chest. The corners of Charlie’s block dig into his skin and he groans quietly.

He rolls his head toward his son and squints open his eyes.

Beside Charlie is a woman glancing down at him, a warm smile hidden behind waves of wheat blonde hair that frame her face. 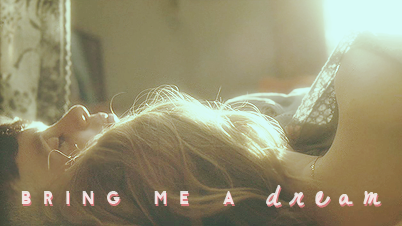 Title: bring me a dream
Fandom: Peaky Blinders
Song: Mr. Sandman | Artist: SYML
Category: romance
Characters/Pairings: Tommy & Grace
Length: ~2:40
Summary: With the life he leads, even Tommy's best dreams inevitably become nightmares.
A/N i: Thanks so much to AISLYNN for being my beta (despite her trials and tribulations) and giving this a look over!
A/N ii: TwinklexColors on Youtube is credited for the lovely coloring.
A/N iii: I totally fell in love with these two by episode 1x02. Couple that with the aesthetically gorgeous cinematography/directing of the series, the general gorgeousness of the actors, and the serious Tommy/Grace vibes that I got from the song, and I just had to make the vid!
A/N iv: (Will the A/N ever end?!) I tried a few new techniques this this vid (namely text and blurs). Feedback regarding the vid would be greatly appreciated!

Thanks so much for writing a PB fic for me! I just got into the show about a month or so again and have been pretty obsessed. So many of the characters are wonderfully likable, despite how horrible their actions are! So I can't wait to explore them more with you!

1. Tommy/Grace: Ahhh, these two! So much love for these two. I liked the implications of Grace's death on Tommy (and actually wish we got to see more), but the prime of their relationship had to be in S1 when Grace actually had a (kickass) role. I'll take nearly anything with these two (at any point in their timeline), preferably during S1 or the unseen time periods (gap between S2 and S3, e.g.). Bonus points if Grace actually has spunk and cunning and isn't made to be a trophy wife.

2. Polly & Tommy: Polly and Tommy's relationship intrigues me so much, from the first episode of the show all the way through S4 where we were led to believe Polly might actually have betrayed Tommy. I'd love to maybe read about Polly's perception of Tommy as some of her quotes in regards to him seem to truly understand him and are really striking ("Watch Thomas. I know how he is. But he does what he does for us. I think." from 1x06 and "We shake hands with the devils;" and so more!) Platonic aunt/nephew (or, let's be honest, mother/son) relationship between these two only, please!

3. Tommy & Charles: Tommy needs to be a better dad. Or at the very least, I want to read all about Tommy's "I'm no good, Charlie. You'll find that out soon enough" line and how that plays out over Charlie's childhood. So basically, I'll take either fluff or angst! The gamut is yours to run. ;)

4. Tommy & Alfie: Alfie is such an interesting character. Any fic that can pin down his voice and their dynamic would be interesting.

DO NOT WANT: If possible, no romantic/sexual relationship. A canon-based platonic frenemy would be preferable, but I'm flexible.

5. Finn & Tommy: We literally know next to nothing about Finn and I really wonder what Finn and Tommy's dynamic is like, considering Finn is significantly younger than his brother.

GENERALLY, DO NOT WANT: A lot of requests are between family members and under no circumstances, should any of it be INCESTUOUS!

Despite the fact that I feel like I can't capture the PB characters' voices, I'm looking forward to this! 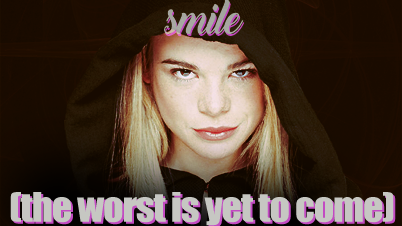 Title: smile (the worst is yet to come)
Fandom: Dead Like Me
Song: smile | Artist: Mikky Ekko
Category: character/relationship studies + series tribute
Characters/Pairings: ensemble
Length: ~2:50
Summary: Life (and death) are not easy; you have to find reasons to smile wherever you can.